The Science Behind String Instruments

There’s always one person you know who plays one. In every founder’s day musical we have a massive band of violinists and guitarists playing beautiful melodies! Now, let’s see their secrets, shall we?

We can start with one of the most common string instruments, something that has been used in music for over 4000 years- The guitar! The guitar is usually used as one of the lead instruments. This is usually because of its ability to amplify the noises produced by the strings. When the strings vibrate, they produce a sound, which is amplified by the guitar. Vibrations vary, depending on the length, width and tension of the strings.

Now let’s jump into the world of Violins-

A violin is a special kind of string instrument. In order to play it, one has to use a bow. The bow is made of horsehair. A violinist strokes the bow to the strings, making them bend and create a sound, then as soon as it goes back to its original position, they strike it again (this happens in a very short duration). Another interesting fact about the violin is that a newly bought violin will not play a clear sound. You will need Rosin, a substance made by heating liquid resin obtained by pine trees. This resin creates friction, makes the grip of the bow firm on the strings and hence makes them vibrate more clearly.

The cello is an instrument similar to a violin, it acts like a violin, and is much bigger than a violin. Even the usage is similar to that of a violin, as it is either plucked or stroked by the bow. However, the sound and the vibrations are much louder and clearer. The reason for this is because of the tension levels of the strings, which are nearly perfect! The Cello has a mix of high and low tensions. The lower tensions give more power and the higher tensions bring control to this majestic instrument. Each of the 4 strings in a cello has a unique harmonic, (A cello string has a fundamental frequency of 65.40Hz). It has one of the best sounds in the instrument world.

So to conclude, we can say that all of these string instruments vibrate and create a frequency. This and the vibration itself creates something our brain computes as a melody. The shorter the wavelength of the vibration, the higher the pitch. 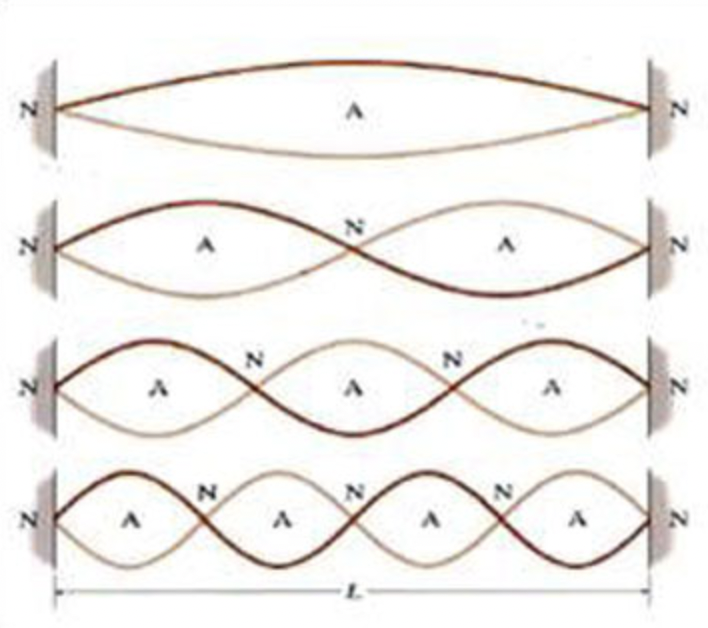 The 1st wavelength is a low frequency, the 4th is a high frequency.

It’s clear that string instruments are a lot more complex than we once thought! We hope this article makes you appreciate string instrument players, and make them a little more fun to watch!