The HeLa Cell Line: Cells that Changed the Face of Medicine

Any biologist would undoubtedly know about the HeLa cell line. Named after Henrietta Lacks, these are the first immortalised cells of human origin. Since their discovery nearly seven decades ago, they have facilitated many major scientific breakthroughs. As of today, over 70,000 studies have been published involving the use of these cells, and two Nobel Prizes have been awarded for research on them. The development of the polio vaccine, the discovery of the vaccine for HPV (Human Papilloma Virus), the practice of cell culture, gene mapping and even research for the development of the COVID-19 vaccine, has relied heavily on the use of these cells. However, most people are unaware of the importance of these cells and the ethical dilemma surrounding their origin and use. 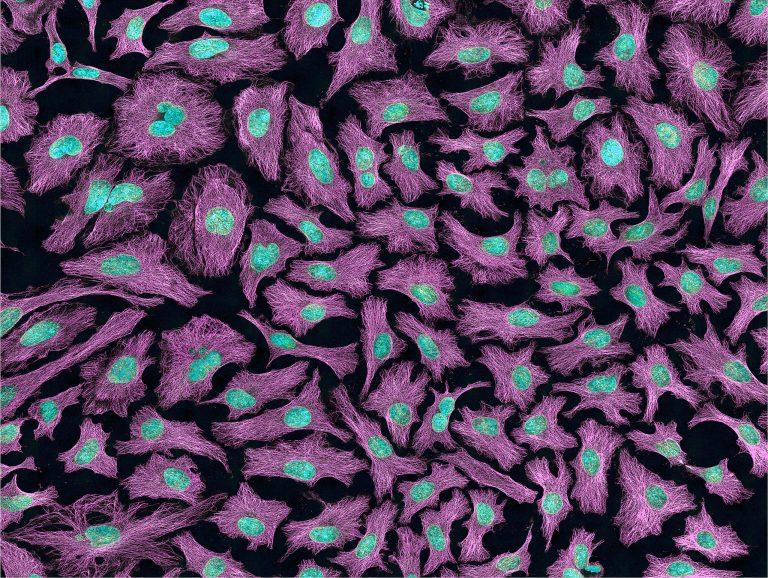 The idea of growing cells and tissues in culture has been around since the late 1800s. At first, its use in investigating cellular function and its application was proposed. The challenge faced by pathologists, however, was the inability of regular cells to divide indefinitely ex vivo. Researchers found that all cells they tried to culture died out after a few generations and questioned the viability of the practice of culturing cells.

Anatomist Leonard Hayflick finally uncovered in 1961 that normal human fetal cells grown in culture would divide only about 40-60 times before entering a senescence phase. Then they become apoptotic and don’t divide any further. He explained how telomeres, a type of compound DNA (sequenced nucleotides) present at the ends of our chromosomes, shorten after each mitotic division. Thus, after a certain number of cell divisions, the telomeres shorten to a critical length and cannot facilitate further division.

This, however, was not known in 1951, when cell biologist George Otto Gey came across the cervical cancer cells of Henrietta Lacks at Johns Hopkins Hospital. Henrietta Lacks was a 31-year-old African-American woman. She went to the hospital complaining of an abdominal mass, which was diagnosed to be a particularly aggressive strain of adenocarcinoma of the cervix. Despite undergoing harsh radiation treatments, the cancer metastasised to other organs and she died less than a year later. Her cells, however, lived on. Gey discovered that the cells, named HeLa (after the first two letters of Henrietta’s first and last name), were unlike others in their ability to divide indefinitely and multiply rapidly in suspension. This was the first human cell line to prove immortal in vitro and Gey freely shared his discovery with the rest of the scientific community.

It wasn’t long after their discovery that HeLa assisted in the first major medical breakthrough. Due to their fast replication and ability to be infected with poliomyelitis virus, Jonas Salk used them to test his polio vaccine in the 1950s. Thus the Polio vaccine, which immunised millions all over the world was developed due to the HeLa cell line. Following Salk’s success with cells, virologists and other researchers began experimenting with the cell line. It was infected with all sorts of viruses and played a critical role in understanding the mechanism of virus action. It was even used to uncover the functioning of the HIV which causes AIDS. It also lead to the standardisation of practices involving cell culture and helped in culturing other types of cells.

HeLa heralded a new era of cell testing and was used to test human cell response to everything, from space travel to radiation from nuclear bombs. It was used to develop the method for staining and counting chromosomes of cells which led to the diagnoses of various chromosomal diseases like down syndrome. When used to create hybrids involving mouse cells, these cells proved instrumental in mapping human genomes by observing the proteins expressed by the hybrid that was not synthesised by the mouse cell involved in hybridisation.

Herald Zur Hausen linked the HPV to cervical cancer after discovering several strains of it in the HeLa cells. He explained how the virus inserted its DNA into cellular DNA and switched off the tumour-preventing genome, causing cancer. This ultimately led to him winning a Nobel Prize, and the discovery of the HPV vaccine using HeLa cells. Scientists also discovered the Telomerase enzyme, which regenerates Telomeres thus causing cells to reproduce indefinitely. Its presence was confirmed in most cancerous cells, explaining their prolificacy. Elizabeth Blackburn, Carol Greider, and Jack Szostak also earned a Nobel Prize each for their research on it.

The widespread use of HeLa cells was not without problems of its own. The cells aren’t regular human cells, but are malignant in nature and differ from regular cells in their response to medications and treatment. Their karyotype itself is different, containing 76-80 chromosomes instead of the regular 46 due to viral DNA from the HPV. They are also unusually handy and are notorious for contaminating other cell cultures, causing widespread controversy. This was explained by the fact that Henrietta also suffered from syphilis, which suppressed her immune system allowing the cancer to grow unchecked.

Furthermore, the cells were taken without consent back in the 1950s. Informed medical consent and confidentiality weren’t governed by law, and racial discrimination was a long withstanding issue. Henrietta’s family members were uneducated and were not told about the scientific and lucrative value of her cells. It was only 25 years after her death that they were told her cells were still being kept alive and the specifics were explained to them. This raises bioethical concerns about the use and exploitation of cells as well as the publication of confidential genetic information.

Still, this cell line is the first immortalised human cell line and has been instrumental in changing the face of medicine today. One woman’s cells have saved countless lives and while their acquisition may be questionable, it was not out of the norm for its time. Even today, under common law, tissue samples once taken are not considered the property of the individual from whom they came. Thus, we must acknowledge the racism, sexism and unethical practices that contributed to its discovery, yet keep in mind the fact that they have helped humanity as a whole and will continue to do so for generations to come.